How Can Open Source Technologies Add Security To IoT 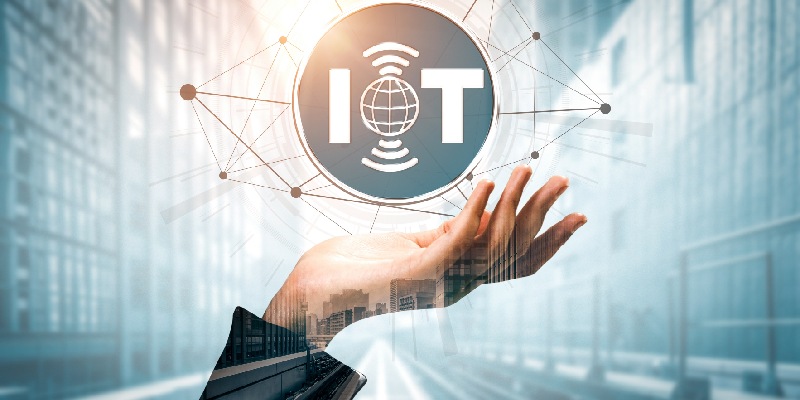 How Can Open Source Technologies Add Security To IoT

To ensure IoT based devices are linked to each other correctly, open-source applications now plays an increasingly important function.

Cisco forecasts that 50 billion devices will be connected to the Web by 2020 and more than 60 billion by the end of 2025, almost five times the anticipated population at that time. The IoT helps these devices to connect automatically.

IoT is transforming how individuals and organizations associate with customers, suppliers, partners, and other individuals.

Hardware creations like the Raspberry Pi are making it easier, quicker and cheaper to develop new devices. Networking standards for low power networks, like LoRaWAN or even NB-IoT, produce new opportunities for linking very small devices to a network. New standards are being set up particularly for IoT use cases. Finally, there has been significant progress in data storage, data analysis and event processing, which makes it possible to support the amount of information generated in big-scale IoT established systems.

Let’s take a look at the illustration of a smart device such as a camera that monitors the street for congestion, traffic accidents and weather conditions. From the world of IoT, the camera relays that information to a gateway, combines it with data from additional traffic and forges a citywide traffic tracking system, that is in turn linked to other traffic systems. If traffic detects a car crash on the main road, for instance, that data is sent to a central city traffic system to enable traffic to be rerouted to avoid the crash spot.

Open-source software, as we all know, may be used freely. Other people may use and change the code to a certain degree, based upon the license. The process of altering the initial code is referred to as up streaming, and people who make the shift become contributors. Resources and community sites are the chief examples where such open-source code can be obtained free. Though misinformation may exist in these communities, the openness enables errors to be detected and adjusted in real-time.

In tandem with the emerging IoT business, the general software market has moved towards open source as being a key provider of critical software elements. The Significant open source applications used in IoT Techniques include:

IoT apparatus do face risks, which the industries producing them are usually unprepared to manage. Time after time, we see new info violations targeted at harming IoT products which make us increasingly cautious about buying them, with great reason. IoT devices are often under the danger of being hacked. In 2018, 21 percent of the companies surveyed reported data violations or cyber attacks as a result of unsecured IoT devices, according to a Ponemon Institute (US-based) survey. Ensuring enterprise security is a major concern for companies.

IoT vendors always work hard at implementing many of the fundamentals when constructing IoT apparatus securely. Consider the case of safety cameras. In the event they are used with the same compulsory password if it is difficult to update faulty firmware in them, then there’s loads of space for safety breaches.

Protecting user information in the event of credit card numbers, home addresses, or more sensitive details like medical records, are some of the scenarios in which the safety of IoT apparatus comes into play. With many such challenges, open-source technology may offer these manufacturers a way to develop innovative and highly effective applications that’s more secure, while keeping up with the latest advancements in the business.

Companies that develop IoT apparatus should follow certain steps so as to maintain their customers and their data secure:

IoT is growing rapidly, spurred by a culture that needs digital connectivity and intelligent devices that can be applied to all areas of life. A lot of people don’t realize exactly how vulnerable they can be when making the most of the IoT. Several privacy and security risks pose a serious threat. Any device that shares a wireless system is inherently at risk of a security breach — when someone gains access to your smart devices, they can harvest your data and control or use it.

How to Give security to IoT based programs

The next steps can be adopted to safeguard your family of IoT devices.

Let us start with the router

The router is said to be the ‘front door’ to your smart home, and this is exactly what you need to fasten first. So it is advised to put money into a well-known router that comes with a higher degree of safety, as standard.

Check your IoT devices’ settings and keep them updated

Your IoT apparatus probably comes with default settings and you may change them whenever required.

Two-factor authentication is an additional security layer in addition to a device password that needs secondary authentication. It is a one-time code delivered via email or SMS before access is granted.

The rising digitalization and automation of several devices deployed across various regions of contemporary urban surroundings are set to create new safety challenges for many businesses. These battles will soon burst because the Big Data created as a consequence of the billions of devices in use radically increases safety complexity. Both personal data (customer-driven) and Big Data (enterprise-driven) are all created by IoT devices. As customers use more programs and IoT devices, more data is generated.

Also read: Here Is The Ways To Manage Your Remote Employee’s Device Security

Today IoT devices need additional storage capability and IoT data has to be stored in a cost-effective and secure method.

It is crucial to understand the possible dangers to an IoT apparatus and add the appropriate defenses while the system has been designed. Retrofitting security defenses to a massive network of IoT devices in the field is infeasible, error-prone and leaves clients at risk. Threat modeling can help development teams to comprehend what an attacker may do and why. Security needs to be provided to IoT architecture at the following zones:

The Eclipse IoT community is today a pioneer in supplying IoT safety solutions. By way of instance, Eclipse tinydtls provides an implementation of the DTLS (Datagram Transport Layer Security) protocol, ensuring transport layer security between the device and the server. Eclipse Keti provides an access control service that permits each stack in an IoT solution to guard its sources with a RESTful interface.

Today, most IoT systems are targets for cyber attacks. As a result, encryption is presently gaining importance. Lightweight cryptography is an encryption system that features a small footprint and low computational complexity.

Future-proofing plus a flexible approach are two major elements that IoT designers must think about. So they need to embrace’ security by design’ principles. Future-proofing apparatus will soon become regular for IoT safety. As malicious celebrities are constantly showing their skills at hacking programs, businesses have to be adaptable and proactive in their approach to security.

SOC 2 vs SOC 3 Reports: What is the Difference?