Java Architecture is a combination of compilation and interpretation. This article explains how to create a Java programming program. Let me first introduce the article’s agenda.

These are the topics we will discuss:

What is Java Architecture?

In this article, I will show you how to use Java architecture in easy steps. 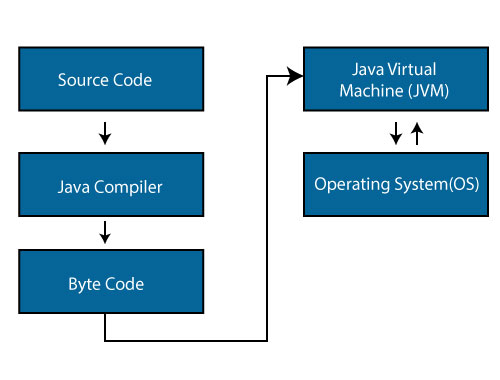 The three main components of the Java language are JVM vs JRE vs JVM.

Let me go over each one one by one.

Also read: The benefits of programming with Java software development

Have you heard of WORA? WORA stands for Write once, Run Anywhere. Because Java applications can run code on any platform, they are known as WORA. JVM is the only reason this happens. JVM is a Java platform component that provides an environment for Java programs to be executed. JVM converts the bytecode to machine code, which is executed on the machine where the Java program runs.

In a nutshell, JVM does the following:

Show you the JVM architecture, here — 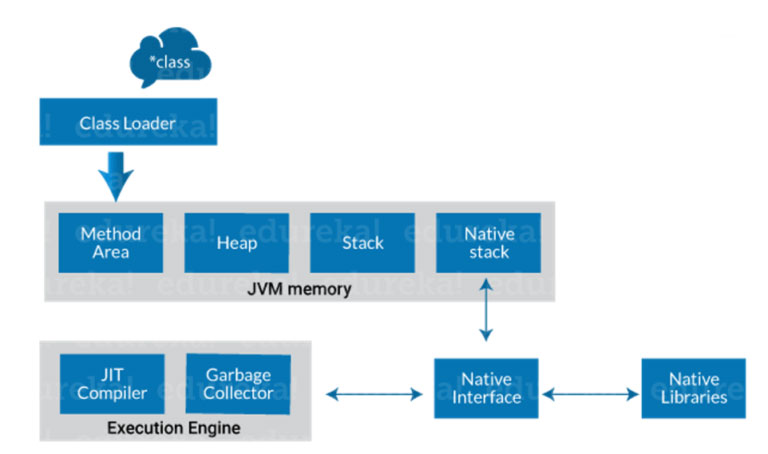 Class Loader: The class loader is a subsystem within JVM. It is used for loading class files. Class loader loads the Java program first when we run it.

Class method area: It is where Class data will be kept. This area stores static variables, static blocks, static methods, and instance methods.

Heap: A heap is created by the JVM when it starts up. It can grow or shrink depending on the application’s performance.

Native stack: This includes all native methods that are used in your application.

JIT compiler:  The Just-In-Time (JIT), compiler is part of the runtime environment. This compiler compiles bytecodes at runtime to improve the performance of Java applications. By default, the JIT compiler is activated. The JVM calls the compiled method a method when it is compiled. The JIT compiler converts the bytecode into machine code and compiles it “just-in-time” to run.

Garbage collector: The name Garbage Collector refers to the act of collecting unused material. This is what Garbage Collection does in JVM. It records every object in the JVM heap space and removes any that are not needed.

The JRE software creates a runtime environment where Java programs can execute. The JRE software is an on-disk system that takes Java code and combines it with required libraries. Finally, the JVM starts to execute the Java code. JRE includes the libraries and software that Java programs need to run. JRE is part of JDK (which will be studied later), but you can download it separately.

Java Development Kit (JDK), is a software environment that allows you to create Java applets and applications. It includes JRE, several development tools, an executor/loader (java), a compiler (javac), an archiver (jar), and a documentation generator(javadoc), along with another tool. 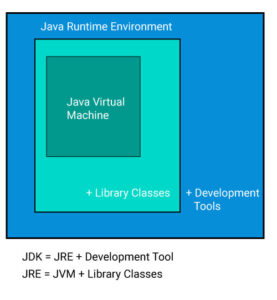 Let me explain the development tools to all of you.

Also read: Essential Tips for Java Developer Should learn in 2021

How is Java platform independent?

Java is platform-independent because of the use of bytecode. Let me explain what bytecode is. In simple terms,
Bytecode is a code of the JVM which is machine-understandable. Java executes Bytecode, proving it to be a platform-independent programming language. This article will explain the steps involved with the execution of Java bytecode.

Java compiler uses the first source code and converts it in.class files. The class file code is in byte form. JVM uses that class file to convert into an object. The final output will be displayed on your screen.

The Just In Time compiler, also known as JIT is responsible for optimizing Java-based applications’ performance at runtime. A compiler is a key factor in the performance of any application.

The JIT compiler converts the byte code into machine code and compiles it “Just in Time” for you to run. The JVM calls the compiled method when a method has been compiled.

JIT compilers communicate with the Java Virtual Machine at run-time and convert suitable bytecode sequences to native machine code (as illustrated in the diagram). This improves performance. A JIT compiler is more efficient than having the JVM interpret the same bytecode sequence repeatedly, incurring overhead and causing delays in the translation process.

This brings me to the end of my article on Java Architecture. I trust the topics discussed above will add value to your Java knowledge.

After you’ve learned the basics of Java, take the Java Online Course from Edureka. This trusted online learning company has more than 250,000 learners around the world. Edureka’s Java J2EE/SOA certification and training course are for professionals and students who are interested in becoming a Java Developer. This course will give you a headstart in Java programming. It will teach you how to use both core and advanced Java concepts, as well as various Java frameworks such as Hibernate and Spring.

How to Become a Principal Software Engineer

How Does Business Analytics Build a Competitive Business?

What is No-Code AI? Importance and Benefits

Steps To Add A Business Page On Facebook In 2023

Technology to Help You Manage and Grow Your Assets